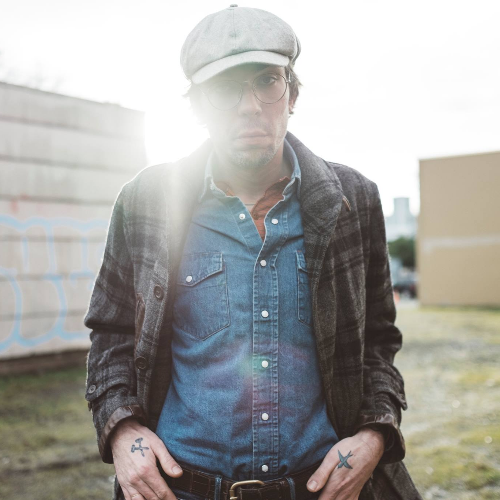 COW HAUS PRODUCTIONS, EVERSOUTH RECORDS AND FIFTH & THOMAS PRESENT: JUSTIN TOWNES EARLE w/ SLOW LOW CROW! Doors: 7:00pm | Show: 8:00pm | Ages 21+ Only Tickets are $25 in advance and $30 the day of the show, before tax and fees. No refunds or exchanges of ticket purchases. Advance tickets will also be on sale with NO FEES at Finnegan’s Wake Irish Pub.

Since launching his recording career a decade ago, Justin Townes Earle has established a reputation as a singular leading light in the Americana music community. With fearless, personally charged lyrical insight and infectious melodic craftsmanship, the young veteran singer-songwriter has built a rich, personally charged body of work.

Now, on his seventh album (and New West debut) Kids in the Street, Justin Townes Earle raises the creative and personal stakes to deliver a deeply soulful set that’s both emotionally riveting and effortlessly uplifting. Taking himself out of his creative comfort zone and assembling a new set of collaborators, Earle has created one of his most potent efforts to date, reflecting all manner of new influences upon his life and his art.

Earle’s current level of inspiration is apparent throughout Kids in the Street, on which such tunes as “Champagne Corolla,” “Maybe A Moment,” “Faded Valentine” and the haunting title track paint vivid, vital portraits of characters at the mercy of forces beyond their control. Elsewhere, Earle’s personalized update of the trad blues number “Stagalee” recasts that outlaw classic in modern terms, and his reading of Paul Simon’s “Graceland” (included here as a bonus track) locates the gospel/blues number that’s always been at the song’s heart.

Kids in the Street is, significantly, the first Justin Townes Earle album not recorded in Nashville. Instead, he cut the songs at TK in Omaha, Nebraska with producer Mike Mogis (Bright Eyes, Rilo Kiley), who helps to lend the album a distinctive sonic sensibility that’s well suited to the songs’ lyrical immediacy, and which brings out the best in Earle’s heartfelt performances

Earle’s fierce fidelity to his creative use has been a consistent thread throughout his young life. Born in Nashville on January 4, 1982, he grew up as the son of country-rock iconoclast Steve Earle, who gave him his middle name in honor of the great Texas songwriter Townes Van Zandt.

Justin quickly came into his own as a songwriter and performer, displaying a natural talent for deeply revealing lyrics that reflected his often-harsh life experiences, and a musical approach that effortlessly integrated elements of blues, folk and country. His 2007 debut EP Yuma set the stage for a steady stream of acclaimed albums: The Good Life (2008), Midnight at the Movies (2009), Harlem River Blues (2010), Nothing’s Going to Change the Way You Feel About Me Now (2012), Single Mothers (2014) and Absent Fathers (2015). In the process, he built a large and devoted fan base that continues to support his work.

Now embracing marriage, sobriety and impending fatherhood, Justin Townes Earle is enthusiastically looking to the future. “I can’t say if I’m getting better, but I’m definitely evolving as a songwriter,” he states. “That’s my goal, to soak up new things and be aware of seeing life from a different point of view. The only thing I hope is that, in some shape, form or fashion, each record I make is better than the one before.”