Patterson Hood (of the Drive-By Truckers)

Patterson Hood (of the Drive-By Truckers) 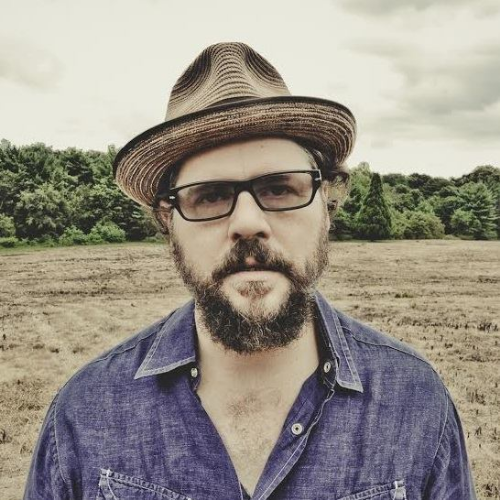 Tickets are $25 in advance and $28 the day of the show, before tax & fees. No refunds or exchanges of ticket purchases. Advance tickets will also be on sale with NO FEES at Finnegan’s Wake Irish Pub.

FIFTH & THOMAS AND COW HAUS PRODUCTIONS PRESENT: An Evening with PATTERSON HOOD of THE DRIVE-BY TRUCKERS!

Back in January, worn out from having spent a year on tour and facing a new album’s release and another year spent mostly on a bus, away from the comforts of home and family, Patterson Hood decided to try to write a book. He had made a couple of stabs in that direction before (as well as a couple of screenplays) but had so far failed to complete one. The thing is, Patterson loves to write on the road. He writes most every day out there. It’s usually not songs, as completing a song amid all of the noise, distractions and music blasting on the bus is very difficult (he does often start songs there that get finished later) but writing non-musical compositions comes pretty easy for him out there and it sure passes the time. Besides, he had an idea for a story he wanted to write and it started coming very easily. By their third month on the road Patterson already had a pretty firm outline of what he wanted and several chapters that he felt really good about.

He was calling his book “Slam Dancing in the Pews”, named after a cassette that Virgil Kane had recorded in 1992 when Cooley and Patterson were playing shows under that name after the break up of Adam’s House Cat. The book was basically half-assed fictionalization of that very turbulent period of Patterson's life. He was 27, his band broke up, he got divorced and left his hometown to live in Memphis. His car got stolen, the band’s truck got stripped and he fell in love. He fell out with his family (who he was very, very close to) and had his heart broken. He seriously pondered killing himself several times but instead wrote literally over 500 songs in a three-year period. A time when he reinvented himself artistically and experienced a sort of rebirth that led to a lot of the things he has done in the last two decades.

His book would sort of tell that story, but interspersed with lyrics from that period of his life, as well as new song lyrics either set in that time or from the point of view of various characters from the book. The structure would be chapter / song / chapter / song and so on. If the book was coming fast, the songs were coming even easier. Then the booked stopped coming. Someday he may want to tell that story, but timing is everything and this just isn’t the time for it.

The songs, however continued to pour out, taking a few left turns and then morphing into its own thing. Most of this album comes from that short period of time between February and June of 2011. The songs begin in the period that the book was set in, but don’t end there, as they really just were the impetus for writing about the life he is living now and contrasting it with the troubled times of two decades ago.

Patterson Hood called it Heat Lightning Rumbles in the Distance and decided that spring to record it as a solo album. He could clearly hear in his head exactly how he wanted every song to sound and made a list of who he wanted to play on each one. It is in some ways the most personal album Patterson has ever made. There has always been a lot of Patterson in all of the albums they’ve done, but usually semi-disguised as character sketches and stories, but the first person narrative in this one is pretty firmly rooted in autobiography, albeit in two dramatically differing time periods.

A Festival of Teeth – The making of Heat Lightning:

David Hood is a session bass player who played on tons of those great Muscle Shoals soul classics back in the day. He played bass on The Staple Singers’ classic “I’ll Take You There” as well as hits by Aretha Franklin, Wilson Pickett, Bobby Womack, Bob Seger, Paul Simon, Willie Nelson and Etta James. He is also Patterson's dad and he came over to record with him last fall and absolutely outdid himself. His playing on the title cut is just stunning.

David Barbe, who has partnered with Patterson on almost everything he's done for about a decade now, co-produced and played bass on the rest of the album.

Kelly Hogan has long been one of Patterson's favorite people and he knew he wanted her to sing on the album. She has just recently recorded an album of her own and she and Patterson had attempted to co-write a song for it. She sent him a set of lyrics to an unfinished song she was working on about our friend Vic Chesnutt. He loved her lyrics and set about re-writing it and turning it into a song called “Come Back Little Star” which Patterson then sent back to her to complete, but alas she didn’t get it finished in time to make her album and upon deciding to do his album, asked her if he could finish it for the album and she agreed. She came down to Georgia and sang on it and on “After The Damage” which Patterson also wrote with her voice in mind. Upon singing her takes she could see through the glass into the control room what she described as “A Festival of Teeth.”

As always, Brad Morgan played drums and just keeps getting better and better all of the time. As a lot of the songs were piano based, Patterson feels he was was fortunate to have Jay Gonzalez playing Andy Baker’s grand piano (on indefinite loan to Chase Park Transduction) as well as Wurlitzer, accordion and Mellotron. John Neff came by to play some spot-on pedal steel and they even got Cooley in to play banjo on a couple of tracks.

Patterson's love for the Denton, Texas band Centro-matic is well known and once again he felt fortunate to have Will Johnson and Scott Danbom in for a few days each to play with him. Will came in October, played some guitar and did some stunning singing. Scott came by in August and played upright piano on “Leaving Time”, then came back in early December and played the fiddle. Patterson had always heard cello on some of these songs and for the first time got to play with Jacob Morris (Madeline, Moths and Old Smokey).

In the end, they made the most intimate and personal record of Patterson's career. He has put together a really phenomenal band, The Downtown Rumblers, to go out and tour behind it and we're more than thrilled to welcome them to our Mainstage right here in Tallahassee, FL. Come out and show these all stars some love!